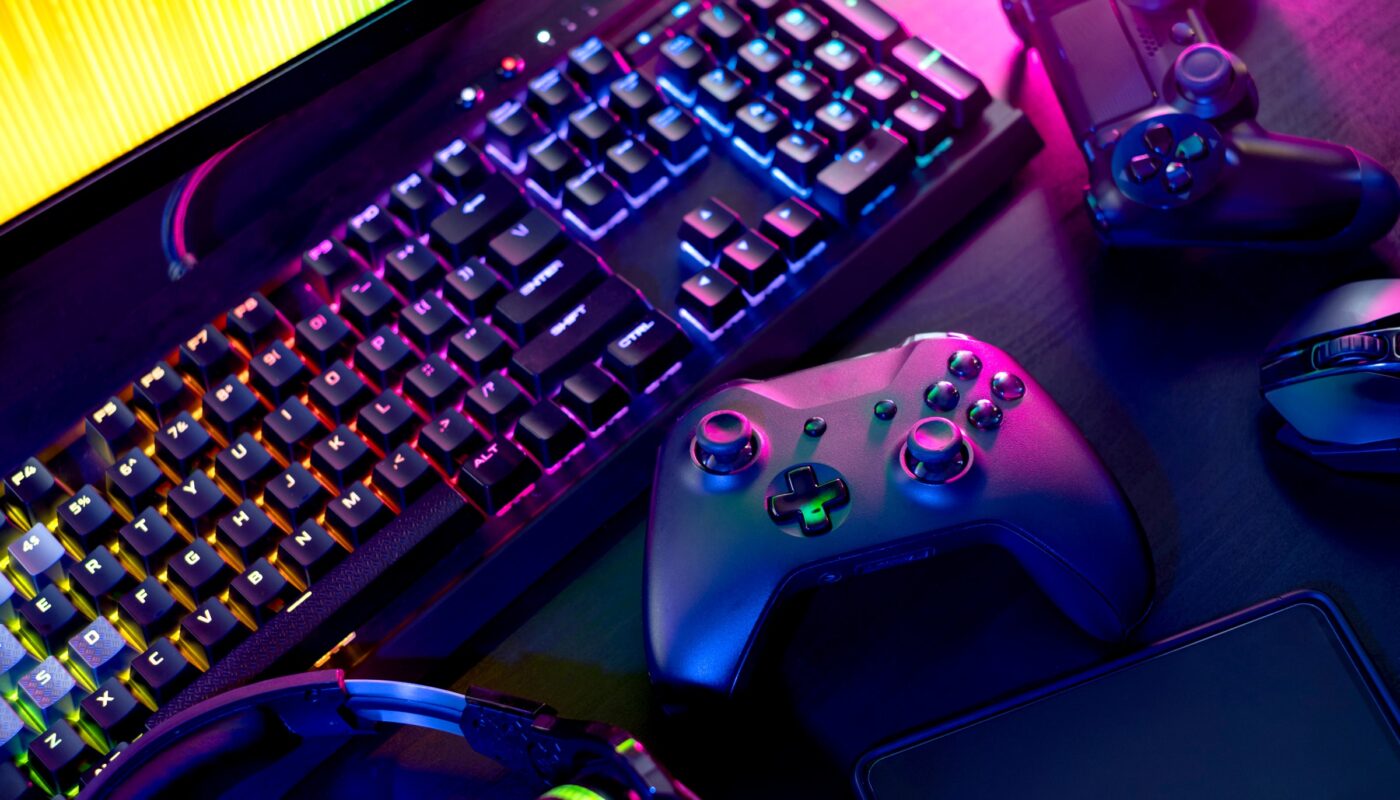 When it comes to home entertainment, there’s no other industry out there that’s dominating in the way that gaming is. For the past few years, gaming has exploded from being a niche pastime to a mainstream hobby, and even a professional career path for the millions of developers, animators, sound designers, voice actors and eSports players in the world……

In heralding a new era for big tech and innovation, the global gaming industry has been able to reach worldwide audiences of 3.2 billion people and could be worth as much as $197 billion before the close of 2023. This surging growth has also meant that we now have an overwhelming choice of games to play and devices to play them on, from consoles to PCs, virtual reality to mobile games, and those ubiquitous eSports titles.

Furthermore, the releases that lie in wait for 2023 indicate that development studios aren’t looking to rest on their laurels and will keep pushing ahead with new developments. Games are set to become bigger, more immersive and more engaging than ever before, so it’s interesting that a growing trend has emerged which places classic games front and centre in the digital landscape.

Why Classic Games Are Making a Comeback

With so many innovative new games on the loose, what is so appealing about old-school card, table and board games? The appeal of these old familiars undoubtedly lies in the fact that they are, well, familiar. As we spend more and more time at home, what with remote working and increased digitisation now informing much of our daily lives, we often turn to reclaiming our hobbies of old for entertainment – or, in the case of Gen Z, discovering them for the first time.

We can also attribute this rise in take-up to the huge global communities that spring up around digital versions of classic games. Sure, most gaming verticals now come with connected communities as standard, but there’s a deeper sense of connection between players who’ve shared years and even decades of poker gaming, for instance, than the video game enthusiasts who’ve only just started playing the latest trending genre.

We can also factor in the upward social mobility of the gaming enthusiasts of decades past. Many players of old-school games, even collectable trading card games, are now well into professional careers and have access to disposable incomes.

This, in turn, increases the annual spend on classic games, ensuring that developers can continue to innovate and develop them in the digital space.

We can also thank social media for shining a spotlight on these “trad” games. Twitch, for instance, has brought about a significant revitalisation of the board game Dungeons & Dragons, with one streamer, Critical Role, reaching no less than 1.3 million subscribers with their streams.

There are countless old-school gaming genres, with some dying a quick death no sooner than they arrived – remember Tamagotchis? The focus recently, however, is primarily on card-based games and board games, no doubt since they’re the easiest to adapt and update for the digital gaming space.

The card game of poker may have been around in some form or another since 10th century China, but here in the 21st century, it’s the leading market in the popular iGaming sector. Thanks to digital technology, modern gamers can now rediscover classic formats or dive into brand-new, highly modernised ones. Virtual reality poker is having a moment, while digital sit & go tournaments are proving to be a favourite among gamers who simply don’t have the hours to engage in day-long online events.

Of course, digital technology isn’t just making games like poker available in different formats. It’s also engaging new generations of players. Now, as well as being able to play poker digitally, gamers can learn everything they need to know about the nuances of variants like Texas Hold ’em on Pokerstars and a few other brands.

A few decades ago, getting to grips with the rules of poker was a rite of passage typically carried out at the card table. Here in the digital age, however, players can find out everything from hand rankings to advanced strategies at the click of a mouse button. This newfound global passion for card gaming doesn’t just encompass casino classics; it also extends to collectable trading card games.

It’s easy to assume that CTCGs are a dying breed thanks to digital tech, but innovation has paved the way for the release of even more games in recent years. We’ve even seen video games spawn their own trading card games, such as Gwent: The Witcher Card Game, while digitalisation has meant that the pioneering card game Hearthstone reaches new gaming audiences.

Digital card games have a growing global audience, and it’s a genre that massive entertainment brands are now veering into. Disney is teaming up with Ravensburger to launch the Lorcana game in 2023, while Marvel has harnessed the talents of Hearthstone’s Ben Brode to develop its first digital TCG – Marvel Snap. Having been around since the 2010s, digital board games aren’t entirely a new creation; however, they’re undergoing a revolution of their own at present.

Games like Monopoly have been widely available as browser games and mobile gaming apps for at least a decade, but they’ve not been without their problems. This hasn’t stopped the fact that downloads of mobile tabletop games reached an all-time high in 2020. For the coming decades, however, game manufacturers are taking a new direction.

That new direction involves entirely digital online gaming platforms – akin to what we’ve seen in the iGaming market and via the likes of Valve’s Steam. Asmodee, a board game maker which counts Catan amongst its stable, has shifted its focus to developing games created for digital. Last February, it acquired Board Game Maker – one of the leasing platforms for playing digital games – and has since seen a 600% increase in player sign-ups. The Most Popular Video Game Genres That Players Choose The Benefits Of Doing Crossword Puzzles