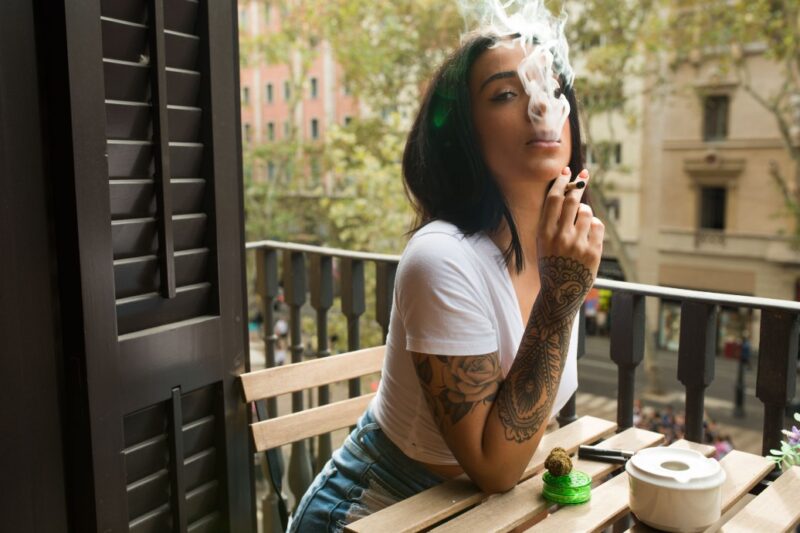 Suddenly cannabis smoking clubs proliferate in Barcelona and that reaches my ears. Similar to Amsterdam? Legal?

The first answer that put a stop to my curiosity was knowing that a member invites you and endorses you to then join the club; it is not feasible to reach the street and number such, ring the bell and as if it were the gym; Hello! I came to sign up. I had to find an acquaintance who would introduce me as a new partner and then get to Maria, as they call marijuana here.

Until the end of the previous year, nearly five hundred clubs were registered in Spain. Non-profit private spaces that can dispense marijuana among their members under the concept of shared consumption, where those responsible for the premises are in charge of cultivating and then sharing the harvest with the members. Check out all cannabis events in Barcelona at our website – https://barcelonacoffeeshops.club/top-5-barcelona-cannabis-events/.

In Barcelona, the figure is just over one hundred and twenty establishments, which you can find in the Barrio de Sants, Barceloneta, Poble Nou, the Gracia neighborhood, and other parts of the city. According to the Barcelona Public Health Agency, cannabis is the most widely used illegal substance among all age groups, so it shouldn’t be that hard to find a friend who is a member of a club, and hopefully one close to you.

The arguments varied but one by one he fell as a possible accomplice. “ I tried it once at school but I don’t like to drink anything, I prefer a beer”, “I smoke very occasionally”, “my roommate has shared his weed with me ”, but almost everyone smokes with “ a friend who always carries and gives me a little when I ask him” or “I know a friend who is in a club and shares a little with me but I haven’t seen him for a long time”.

It turned out it wasn’t that easy to find a friend who smokes in a club. On the surface, society seems permissive to the consumption of drugs such as cannabis and hashish, which, at least in Spain, is common for the trail of the joint to come out of the balconies or alleys, or between the corridors of the subway; even in the park, outside the restaurant, leaving the cinema, on the beach, at concerts, and of course, on party nights. Smoking a joint during a walk or sitting on a bench in a public square with a group of friends is something that usually goes unnoticed.

A couple of months passed until luck knocked on my door. At a birthday meeting, I am introduced to Bònur, short in stature and with a Chinese-eye effect smile; A few days later we met to have a few beers, and suddenly, music to my ears: “Ah, well, I’m enrolled in one that’s close by. ” He had found the friend of a friend he was looking for, the key to the door he wanted to go through.

We met outside the Parallel metro, we walked for about ten minutes and Bònur didn’t remember the street or the number but he knew how to get there. In the search for these premises, many of the photographs found in the cyber world showed clubs as if they were cafeterias, more than one resorted to advertising or a small sign as recognition at the entrance of the premises. However, as he searched with his eyes, searching for any sign of the site, Bónur simply stopped and said: “This is it”.

I stopped abruptly and was bewildered. I see the place from top to bottom: One more floor between the floors on the street and without any sign. There was a semi-open metal curtain with a bell. We knock, they open the door and we go into a hall, two bicycles leaning against one of the walls and we sit in each of the available chairs in front of a desk full of papers that seemed disorganized.

“My friend wants to become a member,” Bònur tells the boy. “Okay, sure, welcome. Give me your ID, guys”, he replies with an Italian accent. Suddenly, I turn to look at Bònur like a hare on the road facing the light of a car, and a low, atypical voice comes out of my throat: “I don’t have my passport.” “Sorry, guys, without ID it’s impossible,” said the Italian.

We left the premises, laughed a bit, returned to the meeting point, and agreed to return to the same place a few days later.

So it was and we repeated the dynamic. The meeting, walking blindly and ringing the doorbell of the premises with the semi-open metal curtain. Another boy opened the door, also with an Italian accent and after “ my friend wants to become a member ”, we arrived at “ give me her ID, guys”. With a smile I take out the identification from my bag, and give it to the boy, he takes it, makes a copy, scans it, and hands me about five stapled sheets, the contract.

How serious is this? I thought. I already wanted my ID back. A whole procedure and an awful lot of clauses. “ Do you accept? Sign here”, I hear the Castilian with an Italian tone. Among other things, the club defined itself as a non-profit association of recreational and therapeutic cannabis consumers that would give me legal access to the substance, excluding me from the black market.

A contract where you stipulate how many grams you consume per month and some concepts, for example, buying and selling are words that are not part of the language. “They are contributions for a harvest that belongs to all the members and that you can consume here if you decide to take something home, it is your responsibility, leaving the premises if you take something with you, it is your decision”, says the boy. He stops looking at me and reaches for a pen.

What at first seemed to be an open door for the legality of cannabis use, little by little seems to be narrower. It turns out that it is possible to have a marijuana plant in your home, you can go to a club to smoke, but you cannot transport your consumption or your harvest from one place to another, a legal loophole that has yet to be resolved. In June 2014, the Barcelona City Council announced the suspension of licenses for private spaces for smokers.

That same month, “Operation Sativa” began inspections in which dozens of spaces ended with a closing notice on their door. On May 5, 2015, the news of a new rule broke: establishments must be at a distance of 150 meters from any location that may have the presence of children; the rule was accompanied by an intention to close 80% of legally open associations and with a license granted. If materialized, it would be a blow to a business that only in Catalonia invoices five million euros a month.

Meanwhile, there I was paying 15 euros for a three-month membership and looking at a door I wanted to walk through, I wanted to see the place and smoke legally. I signed, and they gave me a card/credential with my name, membership number, and expiration date.

Go ahead, guys! the Italian tells us.

A red armchair for two people just inside on the right, another black one on the left with a foosball table, a coffee table, and a giant screen in front. Another area of armchairs, one more and another over there, music in the background. A couple of bookcases with books and magazines, a cafeteria, a video game room, and a bar. Psychedelic paintings on the walls, Jamaican colors, brochures of social activities, and a jug of water.

We walk a few steps and straight to the bar. Suddenly I see a menu with its own list for Indica, kush, resin, Sativa, and hashish. I approach the boy who was on the other side of the counter:

We sat at the only available table and although she was trying to be discreet, she wanted to know what kind of people were in this place and how they behaved, so she kept looking around. At one table, some boys were accompanying their chat with fruit, at another, they were playing a board game, and two men sitting on the couch like at home, at ease watching music videos. Suddenly it seemed like any café in the city, even a quiet place where you don’t drink beers, you smoke joints with a glass of water or orange juice.

Bònur takes out a paper and he takes care of what I call churro and not joint. He asks for a lighter and he hands it to me, I’m nervous and I feel silly. I’m not doing anything illegal, it’s not my first time either and although I feel some false looks, I feel the feeling of nervousness. I smoke and share with Bónur and we smile with the freshness of the first sip of beer I look around and confirm: any place, no one is looking at me.

On Fridays at La Kalada, they offer concerts, but they also have exhibitions and talks. There are clubs with different approaches, such as Sibaritas Cannabis Club, which goes for therapeutic use, fully framed in phytotherapy. Club La Mesa offers spaces to work, with Wi-Fi, and a non-alcoholic bar. Diversity of styles for the also diversity of consumers.

Suddenly, by smoking, little by little I stopped caring about others and I focused on hanging out with Bónur. About thirty minutes passed and we decided to leave, just as we were halfway through the joint. We said goodbye to the guy at the bar, the one who opened the door for us to enter and now he did it to leave, and we walked the same unknown route with Bónur but in reverse. We said goodbye at the subway exit, we agreed to repeat and I continued on my way home, I was already hungry.

View all posts by Nina Smith → 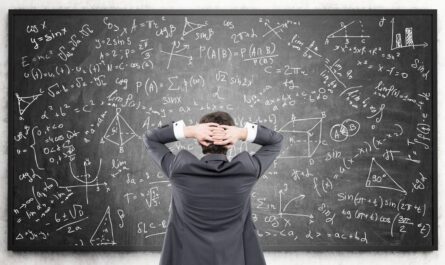 What Level of Math Should You Choose in the IB? 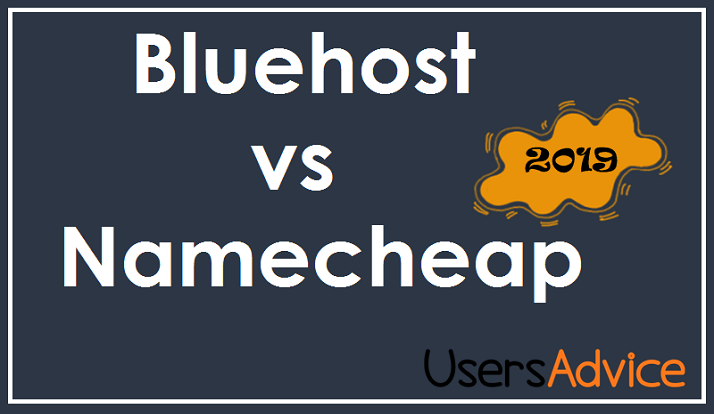 Bluehost vs namecheap – Which one is Good For Beginners 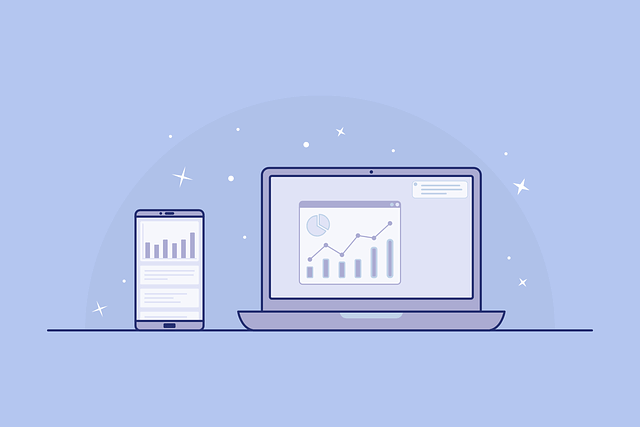 How to Drive Traffic From Social Media (4 Best Methods) 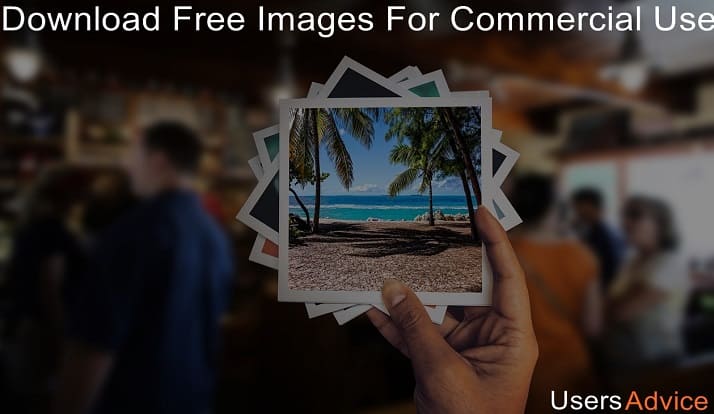 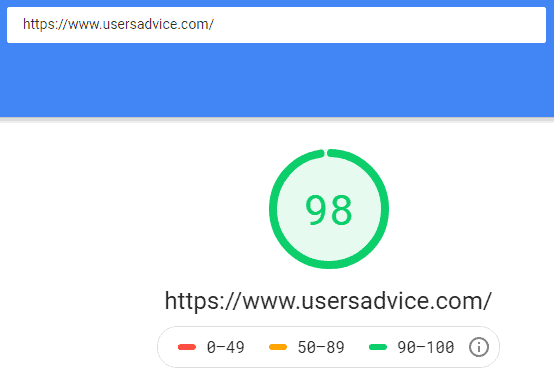